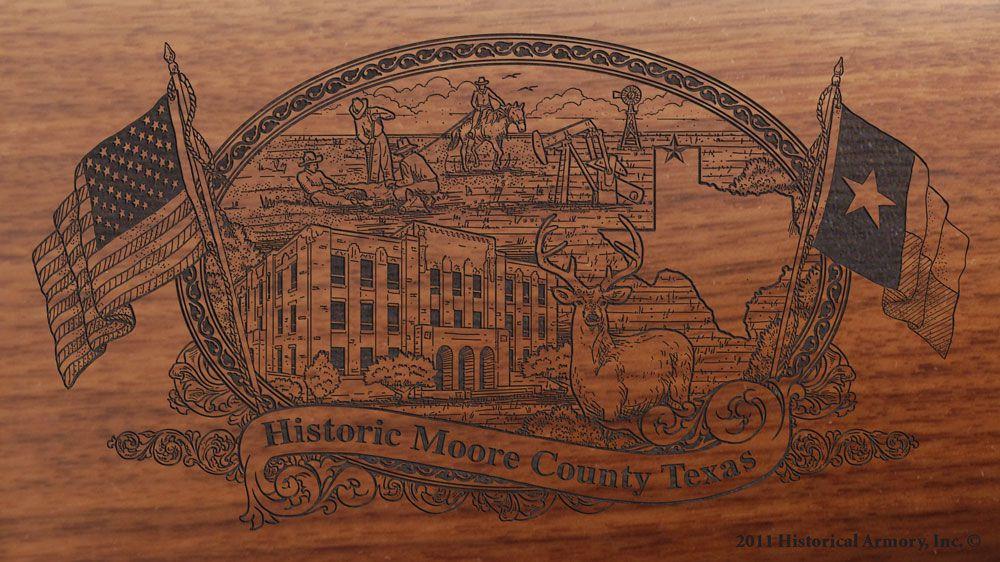 Moore County is home to many interesting historical markers. Some are located along what are major highways today (US 87/287) while others are located in more isolated areas on narrow, winding back roads. Regardless of their location, these markers help tell the story of Moore County's past.

For anyone wanting to learn ahout the history of Moore County, the most logical place to start is Window on the Plains Museum. A museum handout spotlights seven historical markers in Moore County... 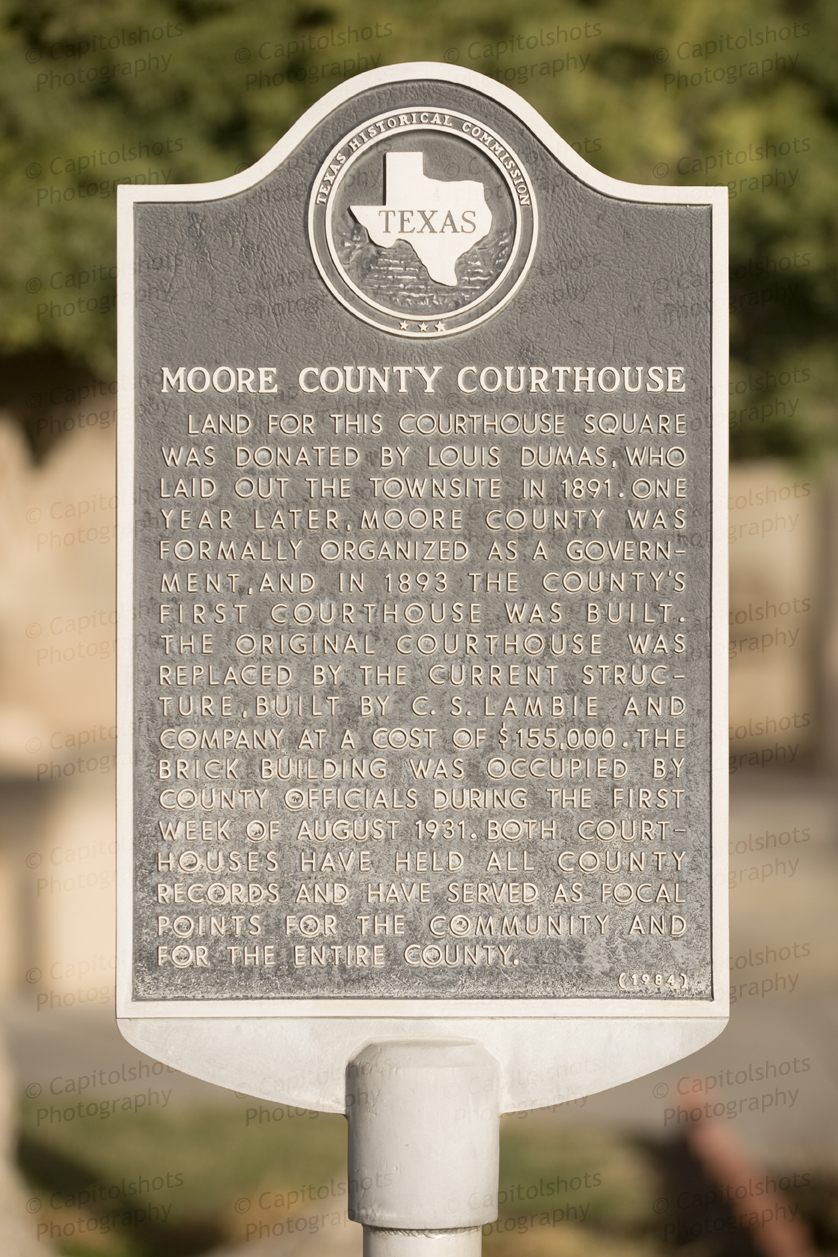 One of the markers is located at the courthouse square in Dumas. The museum notes that the marker was placed in 1966 and tells the story of the original courthouse.  Traveling on US 87/287 south, two historical markers are located near the south city limits at the Chamher of Commerce Visitor Center.

The first tells of the geological riches of the county and the second makes reference to the site of a historic drift fence.  The drift fence marker reads: ''Until the mid-1880's, no range fences existed in the Texas Panhandle. Thus when winter blizzards came, cattle drifted from Oklahoma, Colorado, and Kansas onto the Texas ranches of T ("Box T"--Dominion Cattle Co. Ltd.), 7K ("Seven K....York, Parker & Draper), CC ("Bar C's" -Creswell Land & Cattle Co.), ("lUrkey Track..··Hansford Land & Cattle Co.), LX (Bates & Beal), LIT (Littlefield ), and LE (Lee & Reynolds). The influx caused these ranches in the Canadian River breaks to be overgrazed, for by spring roundup there were as many northern as local cattle in the herds. To prevent the costly and time-eonsuming job of separating the cattle, each Texas rancher agreed to construct a fence along his north boundary line. The resulting fence was 200 miles long and ran from the northeast corner of the Panhandle southwest to near the site where Dumas was later founded, then west about 35 miles into New Mexico.  It was a 4-strand, 4-barb fence with posts 30 feet apart and a gate every 3 miles. The materials amounted to about 65 carloads of wire and posts hauled from Dodge City.  In 1890, however, to comply with an 1889 state law prohibiting any fence from crossing or enclosing public property, most of the fence was removed." 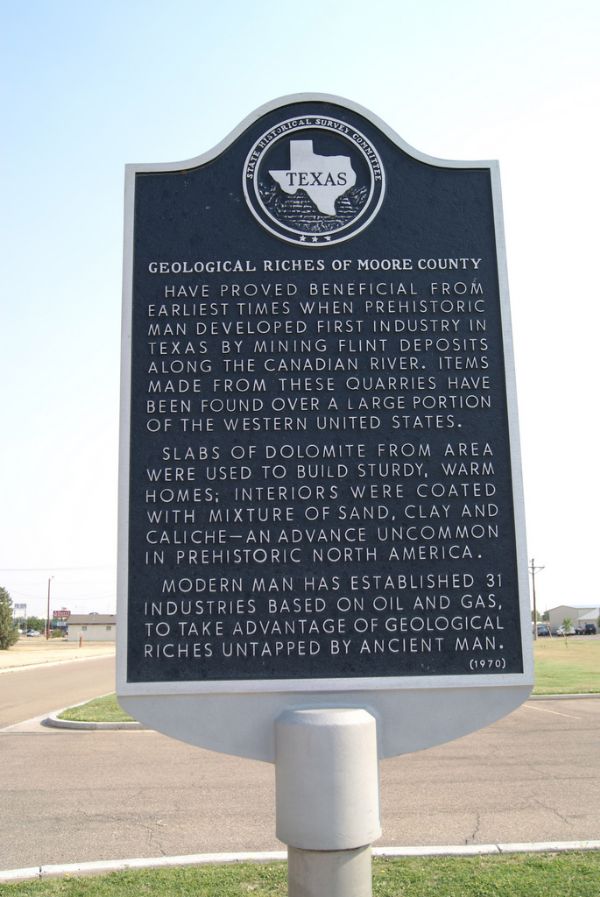 In reference to the geological riches of Moore County, that marker reads: "Have proved beneficial from earliest times when prehistoric man developed first industry in Texas by mining flint deposits along the Canadian River.  Items made from these quarries have been found over a large portion of the western United States. Slabs of dolomite from area were used to build sturdy, warm homes; interiors were coated with mixture of sand, clay and caliche... an advance uncommon in prehistoric North America.  Modern man has established 31 industries based on oil, gas, to take advantage of geological riches untapped by ancient man."

Continuing south on US 87/287 several miles outside of town rests another marker.  This one tells the story of Moore County.  It reads, "Created 1876 from Bexar Land District.  Named in honor of Edwin W. Moore (1810-1865), Commodore of the Navy, Republic of Texas.  County was organized July 5, 1892, with Dumas (named for promoter of the townsite) as county seat.  Stagecoach and freighters furnished transportaiton in early days.  The county was thinly settled: ranching was the main industry, prior to discoveries of oil and gas in 1926.  A zinc smelter was built in 1936.  Economy is now based on petro-chemicals, helium, oil, gas, cattle feeding, ranching, grains, soybeans, sugar beets and castor beans." 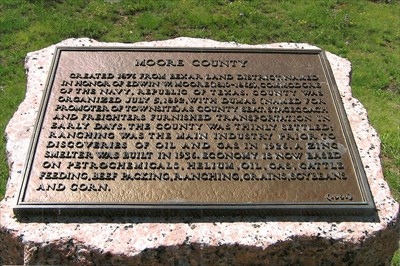 A second marker at this site notes how the Tascosa-Dodge City Trail crossed Moore County.  In fact, there are two plaques dedicated to this trail.  The other is located on State Highway 152 about 12 miles east of Dumas.

The marker south of town on US 87/287 reads, "Founded 1877, for travel from Tascosa, on the Canadian (25 ml.SW) to Dodge City, Kansas. Tascosa was supply center for hunters and settlers, Panhandle and South Plains; and for LE, LIT, LS and LX Ranches, running large herds of cattle on area's free grass. Tascosa stagecoach, freighters, cattle herds going to market used this road -- also traveled by gamblers, desperadoes, U.S. Marshals and noted frontiersmen. Tascosa had post office, 1878; was county seat, Oldham County, 1880. Town and trail declined after Fort Worth & Denver City Railway built into area, 1887." 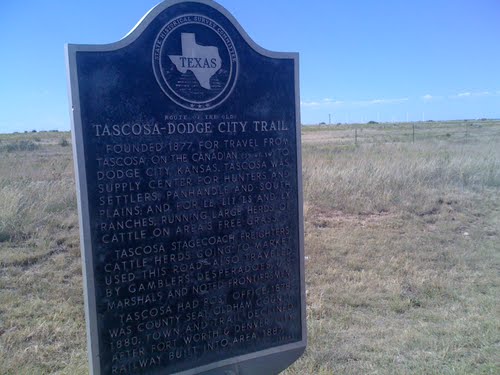 Alongside State Highway 152 the marker reads, "As ranchers and merchants settled in this part of Texas during the 1870's, the need for a direct supply line became evident.  This trail was established in 1877 for cattle drives and freight hauls from Tascosa (38 mi.SW) to markets in Dodge City, Kansas.  It also served as a stagecoach and mail route.  The town of Tascosa received a post office in 1878 and was the Oldham County seat from 1880 until 1915.  The coming of the railroad in 1887 led to the decline of the town and to the abandonment of the Tascosa-Dodge City Trail."

About 25 miles southeast of Dumas rests another historical marker. This one, which is on Farm to Market 1913 at the intersection of Plum Creek Road, marks the campsite of Lt. James W. Albert, an explorer from the early 1800s. It reads, "The United States Government had the Canadian River explored in 1845, just before Texas joined the Union. Topographical engineer James W. Abert (1820-1897), a West Point graduate, had charge of a 33-man party, and spent two or more days in the vicinity of this marker. Near here he was visited by Kiowa Indians, who said that they were at war with Texans. Abert was made welcome after he proved to be an American. His map of the river and notes on geography and the Indians proved valuable to Texas and the nation." 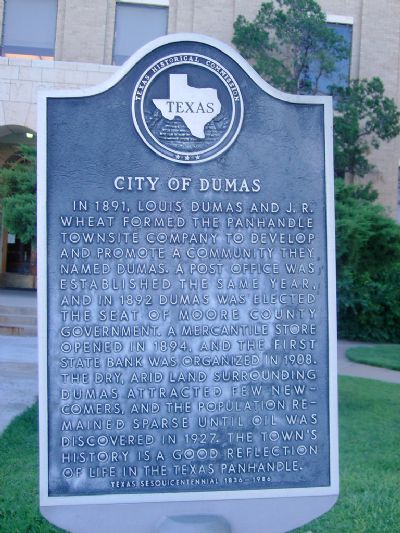 The first is located at the courthouse square alongside the courthouse marker. The marker is for the City of Dumas and it reads, "In 1891, Louis Dumas and J.R. Wheat formed the Panhandle Townsite Company to develop and promote a community they named Dumas. A post office was established the same year, and in 1892 Dumas was elected the seat of Moore County government. A mercantile store opened in 1894, and the First State Bank was organized in 1908. The dry, arid land surrounding Dumas attracted few newcomers, and the population remained sparse until oil was discovered in 1927. The town's bistory is a good reflection of life in the Texas Panhandle."

The final historical marker rests on the side of the road on Farm to Market 1060, near Morton Elevator Road northeast of Dumas. This marker also tells us the story of the historic drift fence and reads the same as the one on US 87/287.

To find out more about historical markers you may visit Window on the Plains, 1820 S. Dumas Ave. (dumasmuseumandartcenter.org) or the Texas Historical Commission at www.the.state.tx.us. 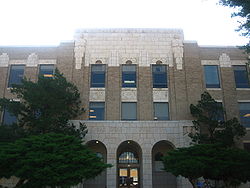 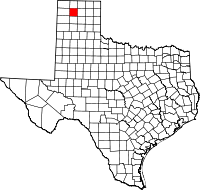 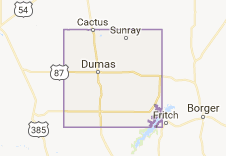